In the garden of forking path…

…I like to use this metaphor from Jorge Luis Borges (http://www.coldbacon.com/writing/borges-garden.html)  to describe the web where I live. It’s really a metaphor on hypertext, but it is also more than that, for it describes the meaning making across connections, instead of on a single one event on the net.

And this is the way I would define the connectivist MOOC.

Let me take into account the Siemens essay on sensemaking and learning analytics.
Change MOOC: Sensemaking and Analytics
Sensemaking, then, is essentially the creation of an architecture of concept relatedness, such as placing “items into frameworks” (Weick 1995:6) and continually seeking “to understand connections” (Klein et al. 2006: 71). Sensemaking occurs in many facets of personal and organizational life, including crisis situations, routine information seeking, research, and learning. Individuals engage in nebulous problem solving without a clear path daily: a parent raising a child, an employee starting a new job, a doctor without a clear diagnosis for a patient, a master’s research student, and so on.
(http://www.connectivism.ca/?p=341 / Sensemaking and Analytics, 24 April 2012)
This put the emphasis of the sensemaking in the aftermath of action, after creating and doing. The problem is that extreme complexity -among other variables- could prevent our participation and instead reduce ourselves to the simple “contemplation”. Or “lurking” as it is called in the eLearning jargon.
The role of the teachers, contested in the MOOC model, could be give to all the students a reconstruction of the past, a personal interpretation,  trying to “making sense” of a course of interactions undergone inside the educational setting.  This position is a rather “political position”, in the sense that the teacher selects a point of view. I will come on this issue later.
From a pedagogical point of view, this is where socio-constructivism and connectivism can find a cross-road, in the sense that the teacher could scaffold the capacity of the student of taking amazing ammounts of informations, like the many sparse nodes regarding the MOOC resources and the connected resources of people intervening.
My personal anxiety in #CFHE12 for example (that could be that of many learners) comes from my feeling of being completely overwhelmed of interesting things, having to take decisions and produce your own original idea; many times this takes more than a week. You occasionally take your time to read and reflect in small spaces, is like a backstage process in your mind, while doing your everyday activities. And then, while conversing and interacting with other, you eventually could have an idea connected to the resources, through which you can “make sense” of the many informations you are surrounded of.
In a MOOC you are given the path of the formal learning process: yes, in my opinion, MOOCs have innovated with regard to the space of formal education, but the pacing is still a concern, since the educational intervention, to be called so, require a minimum of convergency between those that release the content and those taking this content for exploration, trying, understanding, achievement (or what we call otherwise “learning”).
Every learner experience very differently (in more or less stressful terms) this.
Somebody replied to me when adopting the Borges metaphor:

Nice use of Borges, Juliana!

More of a Library of Babel person, myself.  🙂
What this is indicating, according to me, is that there are people of the garden of forking path  or of the library of Babel , both versions of caos and incommensurability of information (on the net). Which is to say, there are diverse cultures of learning we grew up and we live for, and this is the difficult issue when thinking on the pedagogy of a MOOC.
As a consequence, the quality of learning will depend very much on the learner rather than on the way the MOOC is delivered.
Let me introduce now the political perspective, which has to do with the MOOC structure, design and the way it could be delivered.
What we can do is to be honest. I build on the Bruner’s vision about readiness for learning:
We begin with the hypothesis that any subject can be taught effectively in some intellectually honest form to any child at any stage of development. (1960: 33)
(*) Bruner, J., (1960), The Process of Education.
Now, building always on this idea, I would move towards a more learner centered approach,  (this was an early text of Bruner and even if he was critical, many of the ideas, as declared by the same Bruner, were intuitive and structuralist). I could say that every learner could be ready to learn what is authentically and honestly presented. That is to say, a proposal that declares from the beginning the own values and objectives, the own strategies and underlying philosophy and politics of educational process.
I don’t want to go ahead with this concept because it underpins the spiral curriculum, which is in any case linked to transmit a formal structure, from the educator to the learner; taking also into account that we want here to develop the own learner skills to make sense of an immense amount of information. What it’s true is that making sense is a complex operation that could become so stressful to impede the learner to progress in her effort to grasp the new. It is not always easy to make connections, to find the right connections between the external nodes (social nodes in a cultural context) and the own identity (inner structure that makes possible to connect in some particular ways, to express the individual’s agency).
So here is the teacher/educator -or an education staff, this is another important idea I would suggest (1)-, to build bridges between content, the nodes that could become a sensemaking path or network  and the learners engaged in a process, in a honest way, where the teacher is aware about the personal, professional and political position
Fortunately, Siemens also wrote some ideas about the diversity of learners and the way MOOC are introduced to them:

Who are MOOCs for? Confused personal thoughts.

Take a look on the issue of cultural dimensions that could make learners enhance or reject the connectivist model in MOOCs
Stephen Downes and I have had several chats about why connectivism seems to have a greater impact in certain parts of the world. For example, I receive a significant amount of correspondence from South America. Why? I haven’t a clue. This past week I was in South Africa and received numerous comments from educators on the value of the Handbook for Emerging Technologies for Learning in helping them to understand how to use technology. Apparently it is being used as a bit of a text at the University of South Africa (UNISA).
So it is the impact that inform us about the way learners are reacting to the MOOCs and the way MOOCs should be reshaped and presented. This is finding a  path in the garden…

But how? Here is where Siemens introduces Learning analytics.

As Siemens said,
Through analytics we are able to trace connections, understand how they are formed, the nature of exchanges between people, and the impact of those connections.
Analytics could be considered the cristallization of the sensemaking process, and could be used with the purpose of understanding the impact of complex learning designs as those of MOOCs; but also, it could be used by the educational team to understand the process of  learning and participation, interacting with learners in order to understand (qualitatively, from a phenomenological point of view) what is just a quantitative expression of the sensemaking process.
See page 5 of Siemens presentation:  http://www.slideshare.net/gsiemens/eli-2012-sensemaking-analytics

Could analytics find the right path in the garden? Could they find the Man of the Books in the Babel Library?

Who knows: this is part of our research work.
What can surely say is that MOOCs haven’t displayed all its potential; that they have given voice to an educational utopia (participation, access) as much as they are contested for the implications they have with regard to the role of the teacher (particularly, teachers from the periphery of the knowledge production system).
My last thought goes to Hanna Arendt. As she taught us in her concept of “Vita Activa” (active life against contemplative life): Action makes the human to be human, action shapes  the political -understood as participation and discussion-; the mistake caused by action has to be forgiven, for contemplation (without responsibility on the reality) is the only thing that prevents the human kind to achieve a higher condition.

If the MOOCs will be the democracy or the totalitarism of education, we need to explore it through action and more, much more, discussion.

———————
(1) About the education staff: we should stop thinking at the “solo” teacher, as if education was a single piece of piano play instead of a complex symphony. I would suggest, on the basis of Gustavo Constantino idea of TOM (Teaching Organization Models). The TOM emphasizes the need of imbricate complex competences required to deal with transnational educational process, with global learning communities. We analized in one international Master degree with the participation of people from South America and Europe, the requirements to improve the learners results and satisfaction. We observed that  a) content competence, b) technological competence, c) intercultural competence, d) pedagogical competence, where not always present in one individual, and that the composition of teams with people diversely skilled would lead to better students participation, achievements and satisfaction. This is to emphasize the idea that MOOCs shouldn’t rely in only one type of teaching competence, or at least they should make clear the types of weaknesses they could encounter due to the own structure and design. I find my self in #CFHE12, that there’s little intercultural concern, since many of the contents -and also learners- are focused on North American research and experiences.

One thought on “In the garden of forking path…”

This site uses Akismet to reduce spam. Learn how your comment data is processed. 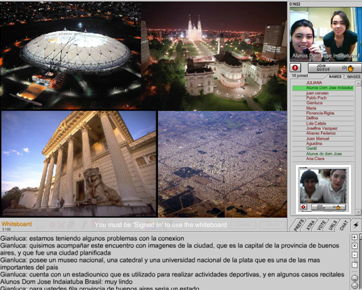 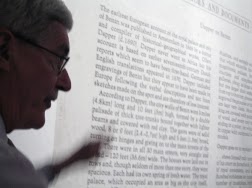 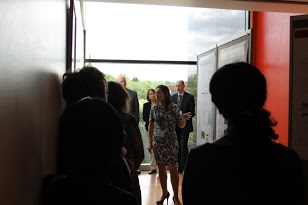 Me at EDEN conference Oslo! 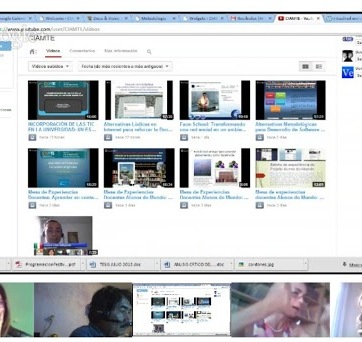 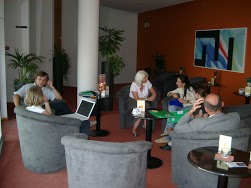 The Mind and the Senses. PACE project with Prof. Elianda Cazzorla 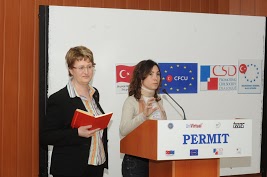 Rita and Juliana at work!